Why is Spotify not working?

Spotify announced that they stopped the support for the old SDK, and the apps that use it will not work starting from September 2022. 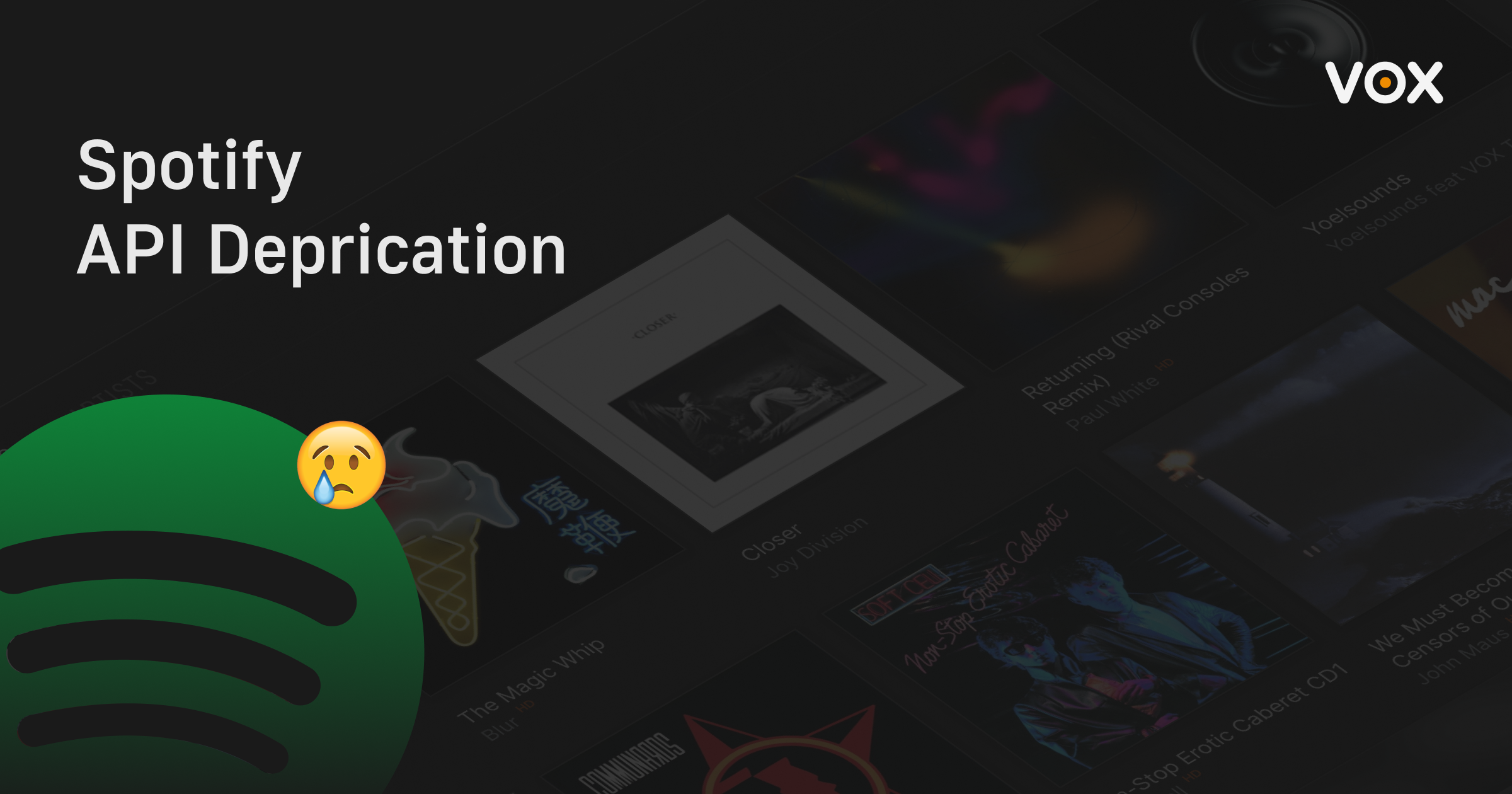 We were using an old version of the Spotify SDK that allowed us to stream the content directly. Spotify had deprecated the SDK usage a couple of years ago, but they continued support for the SDK in the already used apps. However, recently Spotify announced that they are entirely stopping the support for the old SDK, and the apps that use it will not work starting from September 2022.
Here's their announcement about this: https://developer.spotify.com/community/news/2022/07/15/mobile-streaming-sdks-update/
Unfortunately we had to freeze Spotify source since it can no longer be used with VOX. We will try to find the new solution as soon as possible.
Don't forget to check our new music source – a truly unique integration with one of the best Hi-Res streaming services – Qobuz.
Qobuz functionality joins already existing synchronization with Personal library, SoundCloud and Spotify (we hope they will come back soon 🤞).
Listen to Qobuz in VOX for FREE
Stay with us - Enjoy music!
Continue readingSep 8th 2022

Get FLAC player on CarPlay

Miss the lossless playback while driving? Get VOX on CarPlay now!

For the fans of lossless music, something worth getting a car with the CarPlay built in the car’s native infotainment system has arrived.

VOX becomes the only music player so far that plays lossless on CarPlay.

As any Apple’s product CarPlay has iTunes pre-installed in it. We know, however, many seek the alternatives.

If you are the lucky owner of Audi, Mercedes, BMW, Cadillac, Jaguar, Jeep and other fancy cars you can get an exquisite music experience listening to lossless through VOX on CarPlay.

After you pair iPhone with your CarPlay, the already familiar VOX app pops up on the car’s display and you can start navigating through your music library.

No need to use iPhone. Just get to your favorite tracks on the car’s display through swiping or poking on the touchscreen. Keep driving safely.

With VOX in your CarPlay you get so much more than the regular music library built in iTunes. More than 3500 radio stations, SoundCloud, Qobuz, Spotify, and YouTube playlists are also on the display.

And.. Guess what? You can also access to your music from VOX Cloud – unlimited online music storage.

Download VOX from App Store now if you want to get the full power of lossless sound in your car.

Collaboration of the year – best on the market music streaming service is now available in VOX!

Step by step VOX creative team has been moving towards it ambitious goal – create a multifunctional Hi-Res audio app to allow its users to feel the difference in sounding they could never consciously reject.
From now, the app has introduced a truly unique integration with one of the best Hi-Res streaming services – Qobuz.
Qobuz functionality joins already existing synchronization with Personal library, SoundCloud and Spotify.
Listen to Qobuz in VOX for FREE

Qobuz is a French streaming service that specializes in high-resolution and lossless audio. It’s the only streaming service to offer both high-resolution streaming and the opportunity to purchase high-resolution music downloads from its online store (and the good thing is you don't need a subscription to purchase music from its online store).
Qobuz is available in Australia, Austria, Belgium, Denmark, Finland, France, Germany, Italy, Ireland, Luxembourg, Netherlands, New Zealand, Norway, Spain, Sweden, Switzerland, United Kingdom, United States.

It was the most obvious partnership that finally came true. Both apps envisage the same idea – the future of the audio industry is after Hi-Res.
On one side, VOX's unique audio engine and in-app customization of sound enforces its users to get the most outstanding listening experience. It's an excellent option for listeners who want top-tier audio quality and have the hardware to support it.
On the other side, providing high-fidelity lossless and high-resolution audio, Qobuz aims to give sharp listeners a better streaming experience.
The Qobuz catalog is home to over 70 million tracks, which is comparable to Spotify and Apple Music, but the type of music varies slightly. Qobuz features a lot of popular artists, from classic rock stars to rising indie-folk artists. What makes Qobuz so unique is that compared to Spotify or Apple Music, Qobuz is a huge step up. You’ll be able to hear songs as the artist intended and enjoy the nuanced depth of CDs and vinyl.

VOX & Qobuz integration is designed to get the most of this synergy – all purchased from Qobuz tracks could be easily stored in VOX Cloud storage (let me remind you, UNLIMITED storage).

So what is VOX now

VOX is the place where such giants as Personal collection, Spotify, SoundCloud and Qobuz meet. Accompanied by unique features of VOX the user can simply get the most of each app in one place. Equalizer, unique audio engine, SONOS support, even radio. Moreover, having a Premium subscription allows keeping all tracks in an unlimited cloud storage.

Be the first to grab your 3-months for FREE Qobuz is you log in through VOX.

Since today Google Play Music has stopped providing services for its users around the World. Some users still have access to the service, however the service will be terminated for all by the end of this month.

It's time time to try VOX Music Player with Unlimited music cloud storage and advanced Audio features. Get Unlimited Music Cloud with 25% off today only. Use RIPGPLAY coupon at checkout.