How to listen to HD songs on iPhone?

When digital music appeared, quantity surpassed quality. Early 00's were the first time we could just skip a song if we didn't like it. We started to listen to everything we could find. Thanks to Youtube and Soundcloud music is available for everyone. Now that everything's okay with the quantity, we are finally coming back to the point the quality matters. Vinyl is catching on,  MP3 is officially dead, and even streaming services now offer HD songs for additional fees. However, Spotify Hi-Res is not that the top quality you can get.
The issue is that there are still arguments regarding the best app for listening to HD songs. On the one hand, there are some many of them you don't know which to trust. On the other hand, Apple Music, Spotify, and other streaming services are becoming more popular every day. However, I believe this is an excellent option for referencing stuff, but it's not for enjoying HD songs.
HD (High Definition) also sometimes called Hi-Res, refers to high quality digital audio formats. These formats include FLAC, WAV, AIFF, ALAC, DSD, PCM, and others. They provide the highest audio quality because they transmit the original sound of the recording with all the details of claps, beats, pops, and clicks. All those details make music special. At the same time, low-quality files lack high frequencies and sound 10% of what they actually could have. It's like you google a picture of Mona Lisa and cross out the Louvre from your must-visit list.
Learn more about Hi-Res Music
Back in 2009, when The xx released their debut album I instantly found it on the web and downloaded. I didn't like the sound though. There could've been more in-depth sound. Then I browsed for those songs in HD, but I got quickly disappointed as my iPhone couldn't play it. However, iPhone has support for few HD audio formats. At that point, I was caught between two stools: either convert FLAC to ALAC (Apple Lossless Audio Codec) or find a music player that can play HD songs. A few years later, I found a perfect audio player for iPhone. It's called VOX Music Player.

VOX is for everyone who appreciates music, who cares about the sound quality and respects the hard work of artists. VOX is striving to revolutionize the music industry, in a good sense. VOX  is available for iPhone and Mac users, but it will soon be available for iPad, Windows, and Android, so just wait a bit if you use those operating systems. 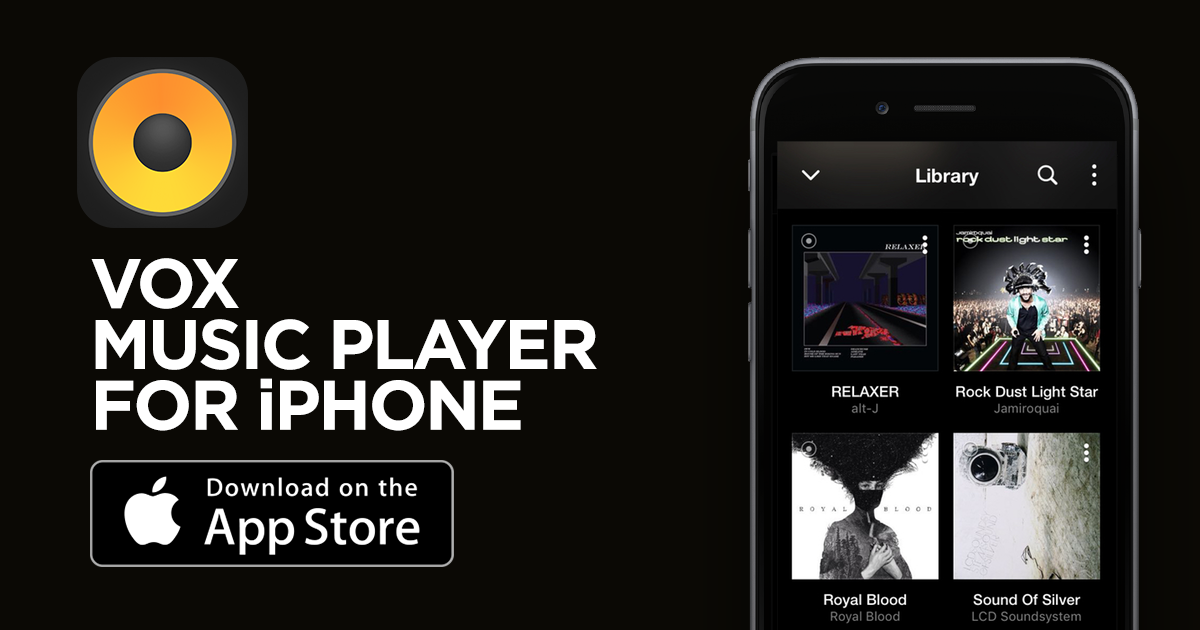 What makes VOX a great player for HD songs?

VOX for iPhone focuses on the playback with many advanced audio settings to enhance your listening experience. As for these features, I must single out two of them: The Equalizer and BS2B (Crossfeed).
The EQ is an essential component of any audio player and here's why: 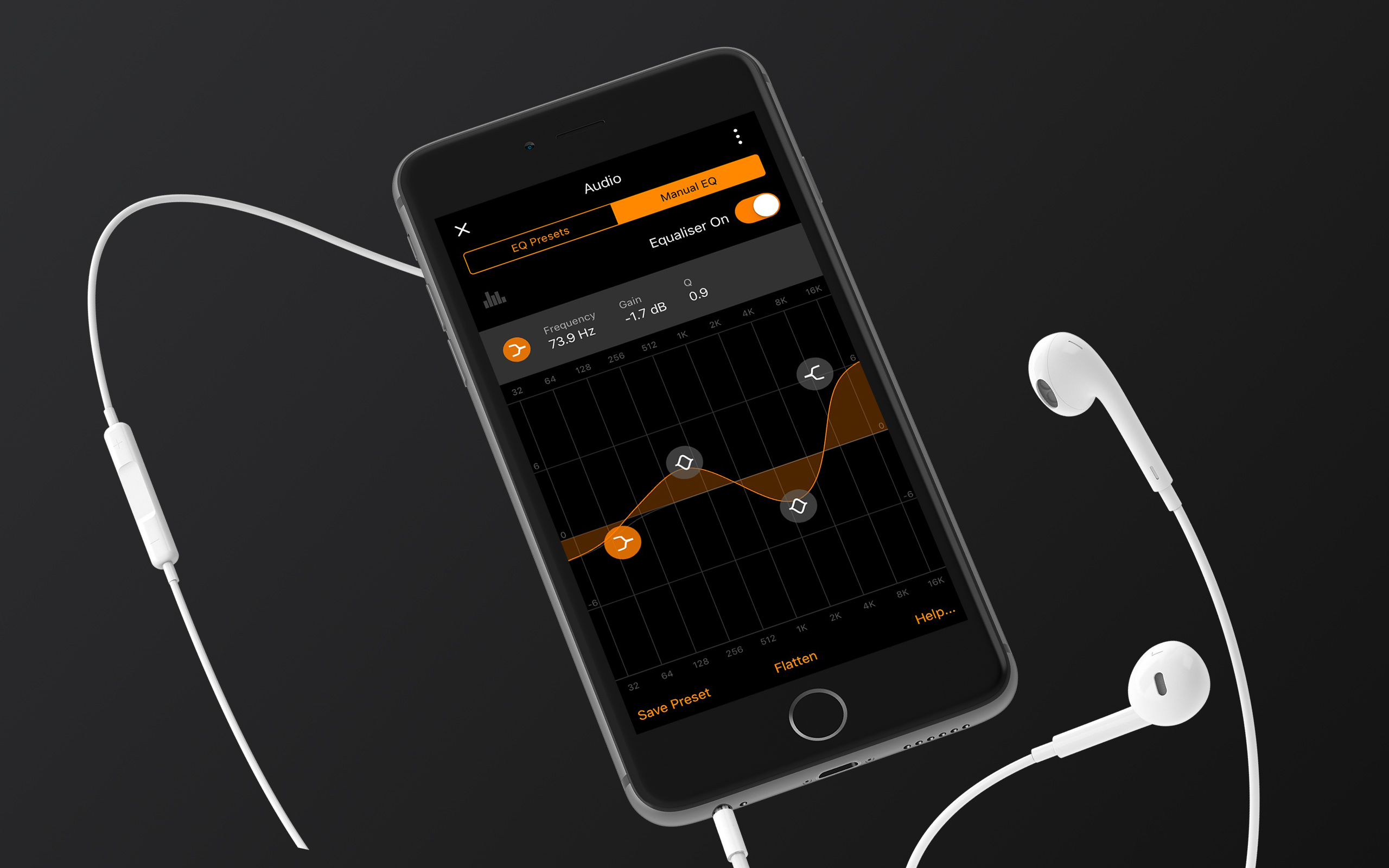 BS2B (Crossfeed) is a technology that reduces listening fatigue when using headphones.

Most music is created and recorded using loudspeakers. When listening to music with headphones, we get a wrong sound which is different from what sound producer had in mind. It happens because using speakers we hear two stereo channels with both ears. When we use headphones, there is a bigger level of isolation between left and right channels. BS2B tries to smoothly mingle left and right channels to simulate the loudspeaker sound. It creates an effect as if you're in a studio.
VOX Music Player for iPhone
What makes VOX different from the rest of audio players is that the accent was put on music, and only music. The interface includes only sections essential for listening. No screen space is wasted. 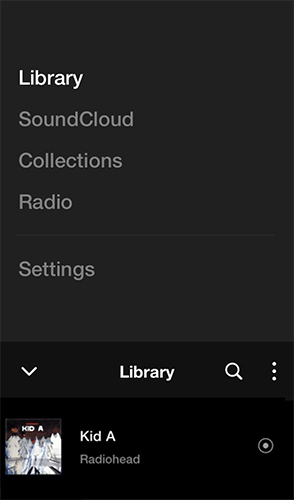 You can get access to everything that a great player for HD songs is supposed to have, from your personal music collection to SoundCloud and Radio. HD songs sound betters, but the price is high, as well – they take up lots of space. Since our phones are still somewhat limited in storage, VOX features an unlimited music cloud for HD songs.

VOX Music Cloud Storage was created to make people stop using external HDDs or streaming services which provide millions of songs in the worst possible quality. Even if there are hundreds of thousands of HD songs, VOX Music Cloud will store all of them.

VOX Music Cloud is available only for VOX Premium subscribers.

What is VOX Premium? 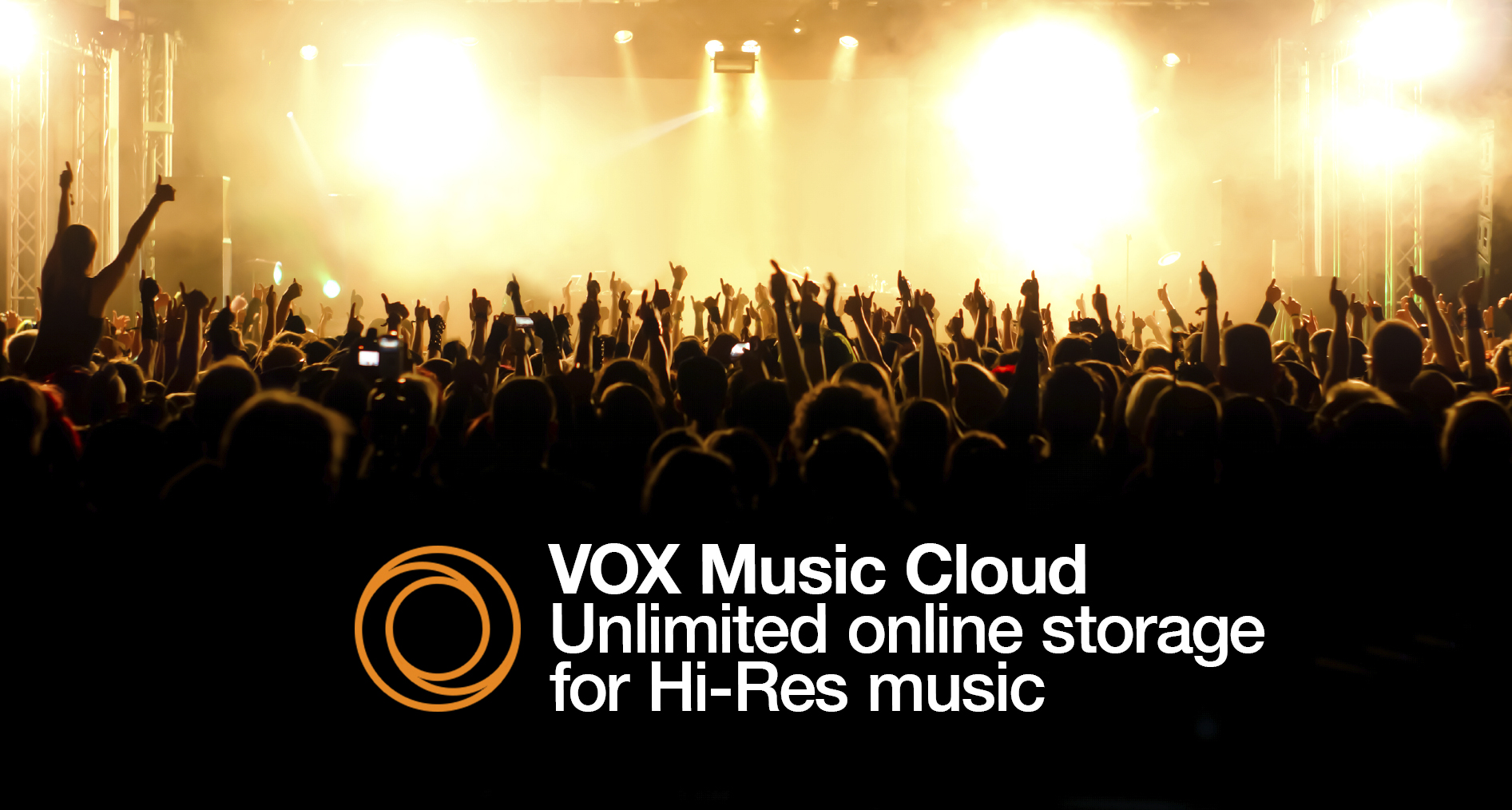 How is VOX Music Cloud useful for iPhone?

When you upload something to the cloud, it appears on all devices connected to your VOX Account. You don't need to have music stored on your phone. It's a perfect solution for anyone who loves music more than just a background noise. Simple and functional.
VOX Premium Music Player for iPhone
VOX streams from VOX Music Cloud without any quality degradation. Audio formats remain like those of the original files. It means that if you upload an HD song, it's gonna stay HD. It's a rare feature for music clouds. iTunes Match and Amazon Music support only MP3 and AAC. Google Play Music converts most HD songs to MP3, as well. However, if you have no internet connection, you can pre-download some albums for offline playback. All these features combined prove that VOX Music Player is the best music solution if you are looking for a music player for HD songs.

Say no to poor quality music and go unlimited with VOX. The support for most HD audio formats gives you a unique sound quality, and together with VOX Music Cloud, you can have an unlimited music collection of HD songs right on your phone. Provided you want a better customization for all your songs, use the Equalizer and enable BS2B. It will sound like never before.

Enjoy the 'chills' with VOX