How To Buy The Best Turntable And Amplifier 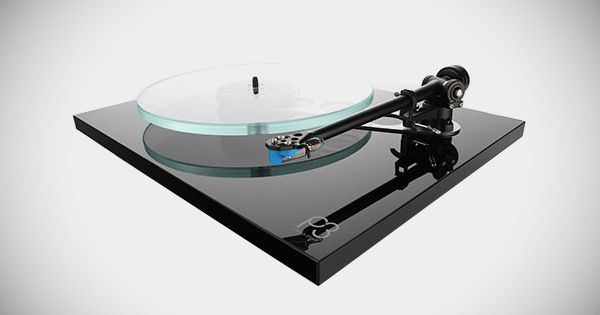 Your one-stop guide to choosing the right record player, amplifier, speakers, and everything else necessary for an awesome vinyl setup.

In a time when filling a room with sound can be as simple as tapping your phone, getting into vinyl can be intimidating. All those wires and plugs. Picking out a turntable that will last. Not to mention the myriad cartridge, amplifier, and speaker options. And even if you've connected all of those different components, why does that yellowing copy of Fleetwood Mac's Rumours you found at a garage sale sound so tinny and quiet? Fact is, getting a good sound out of vinyl records takes some effort, but—as anyone who has ever dropped the needle on a prized album after spending an afternoon installing a new cartridge can tell you—the extra work can definitely be worth it.
The good news—or bad news, depending on how much of a do-it-yourselfer you are—is that there's no single right way to set up a vinyl-friendly stereo system. Ben Blackwell, a longtime record collector who handles manufacturing and vinyl distribution at Third Man Records, a leading label behind the format's resurgence, compares picking audio components to choosing between cars: They're all going to get you from point A to point B—some might be a little bit nicer, but whether that's worth the extra expense is up to each individual.
And anyone debating between different pieces of vinyl gear won't be alone. Though the format continues to make up only a slim portion of overall industry revenues, vinyl sales have now risen each of the past 10 years—surging by 30%, to 12 million, last year. Turntable shipments to retailers are also projected to climb by 12% this year, according to the Consumer Technology Association. Add in the secondhand market, and total sales for records and record players is surely even higher. For instance, online database and exchange Discogs processed sales of about 5.4 million vinyl records in 2015. The hand-me-down route tends to be cheaper for vinyl gear, too. "You can definitely get more for your money buying used stereo equipment on Craigslist or at flea markets and vintage shops, and there is a lot of it out there," says Josh Madell, owner of New York record store Other Music. "You can get started with a new system for as little as $400 and it goes up from there."
All that in mind, I polled vinyl gurus, scoured the Internet, and visited a local audio-equipment store to put together a vinyl primer, both for those just getting into the format and for those who may be looking to step up their home stereo game. Again, personal preferences will vary, so it's important to listen to what sounds good to you and what works well with your listening habits. In the name of simplicity, though, I narrowed things down based on expert recommendations, broke down the results by type and price range, and added some advice about how to assemble it all and maximize your setup. Happy spinning. 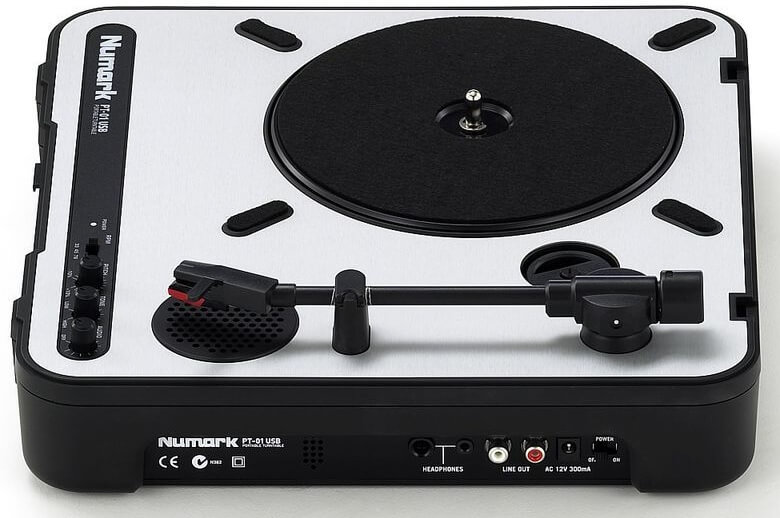 A portable turntable may be only a stopping point on the way to a more advanced rig, but for total beginners, there's no arguing with the price. Various editions of Numark’s PT-01 offer everything you need to listen to records, including a built-in speaker, a headphone jack, an RCA line for home stereos, and a USB port for archiving records onto a computer. Dan "Pop" Schorr, owner of Lexington, Kentucky vinyl and vintage-goods store Pops Resale, estimates he's sold 1,000 Numark PT-01s in the six years he has stocked it. "They're just really good systems," he tells me. 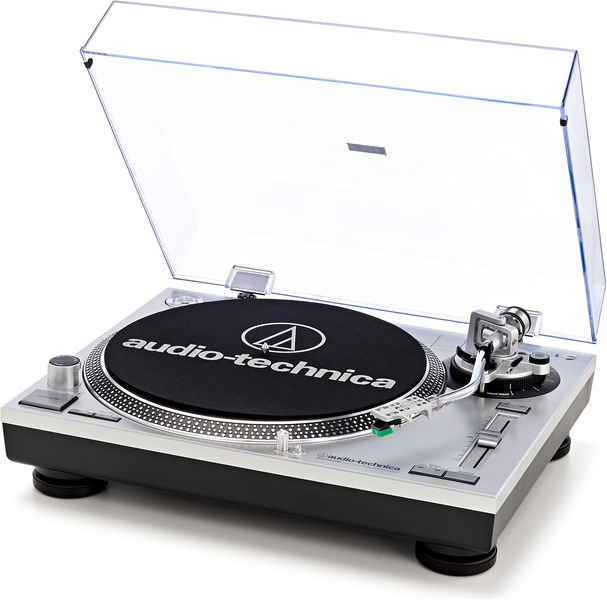 Eventually, most vinyl listeners will want to move beyond all-in-one turntables. Other Music’s Josh Madell says, "My simple advice for new vinyl fans is to get a real stereo—a turntable, amp, and speakers." Rik Sanchez, a floor manager who also oversees used vinyl pricing at Amoeba Music in Los Angeles, says Audio Technica's AT-LP120 is a go-to pick for people looking for an introductory deck: "Everything on it is what you want."
For those interested in a less expensive beginner option, there's also Audio-Technica's $100 AT-LP60. "It's a very basic turntable, but it's got a nice platter on it—what the record sits and spins on—and a decent needle," says Sanchez. "I would still call that a starter turntable, but it's mid-level." Like the portable Numark PT-01, the LP60 has its own built-in phono preamp, which means you'll have one less item to worry about if you're plugging it into powered speakers or a home stereo. 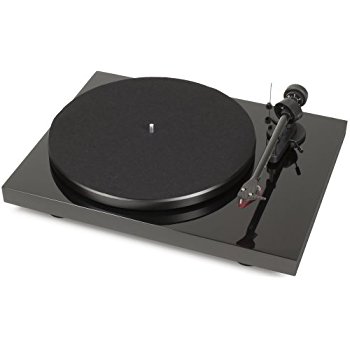 Moving beyond starter turntables, when it comes to higher-end home listening, the name that keeps coming up is the Pro-Ject Debut Carbon Esprit SB. "You buy that and you're set for life," Amoeba's Sanchez tells me, pointing to the turntable's heavyweight materials and "precision-oriented" design. This deck comes with an Ortofon 2M Red cartridge, which alone typically sells for $100 and is widely praised
When I stop by the showroom of Audio Labs, a Des Moines, Iowa, store that has been around for more than 40 years, in-house vinyl point man Greg Den Hartog tells me the Debut Carbon Esprit is the store's best-selling audiophile turntable. Sure enough, a showroom demo of Pearl Jam's Ten underscores why some may want to spend the money on such higher-end gear. Though Eddie Vedder and co. have never been a personal favorite, the longtime vinyl champions seem ideally suited to the format, their riffs booming warmly across the room. When opener "Once" begins full-force, I hear it more vividly than ever before. 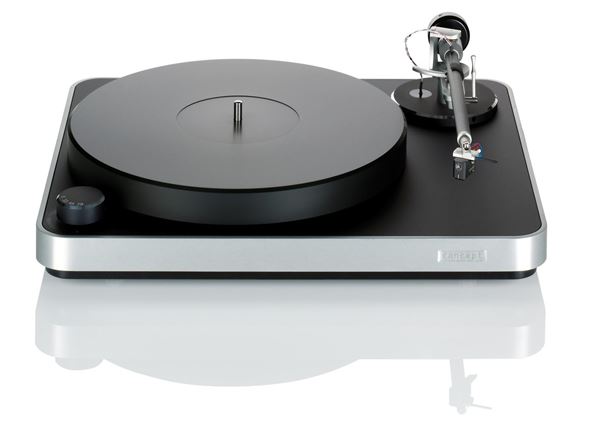 Peter Hahn, owner of New York's Turntable Lab, says that while this turntable is relatively cheap compared to other pricey decks out there—Japan's ELP, for example, manufactures record players that use lasers to read record grooves and go for around $15,000—it's his personal favorite in this range (besides the Technics 1200, of course). "Whereas most entry-level audiophile turntables look similar—many use the same factory in Czech Republic—the Concept is unique and super-refined: All the components look like they’re made especially for this model," Hahn says. "They also designed it to be user-friendly, so it's not fragile and doesn't require much fine-tuning or maintenance."

While the most basic turntables can be connected directly to computer speakers via the headphone jack, once you're dipping more fully into the vinyl world, you're going to need some other equipment, like an amplifier or a receiver, the latter of which is essentially an amplifier that also has a radio tuner (and may be part of a home theater setup). Better turntables don't include what's known as a phono preamp, which boosts sound to the level of other audio components, so vinyl newcomers should look for amplifiers and receivers with a dedicated "phono" input; if you buy a receiver that doesn't have a phono preamp, you'll need to buy some kind of standalone preamp. Because older receivers are more likely to include a phono input, buying used can be a particularly good bet.
Like everything else, amps and receivers are an area with a wide variety of options and price ranges. The amp that makes Pearl Jam's "Even Flow" seem unusually striking at Des Moines' Audio Labs is the Parasound Halo Integrated Amplifier, which costs $2,500. The showroom's Hartog says the $500 Marantz SR4023 Stereo Receiver, which has been discontinued but could be found used, is another good pick for vinyl setups. For home theater systems, he suggests the Integra-DTM 40.7, an $800 model that connects to wi-fi and Bluetooth. "The whole system is only as good as the weakest link," Hartog says. That said, he informs me what I'm hearing also depends on such factors as speaker placement and the acoustics of the room.
But those are concerns for audiophiles with lofty budgets (and, perhaps, well-carpeted apartments). So long as a receiver has a phono preamp, or you buy some kind of external preamp, says Amoeba's Sanchez, "It's preference, like buying a refrigerator—they do the same thing." 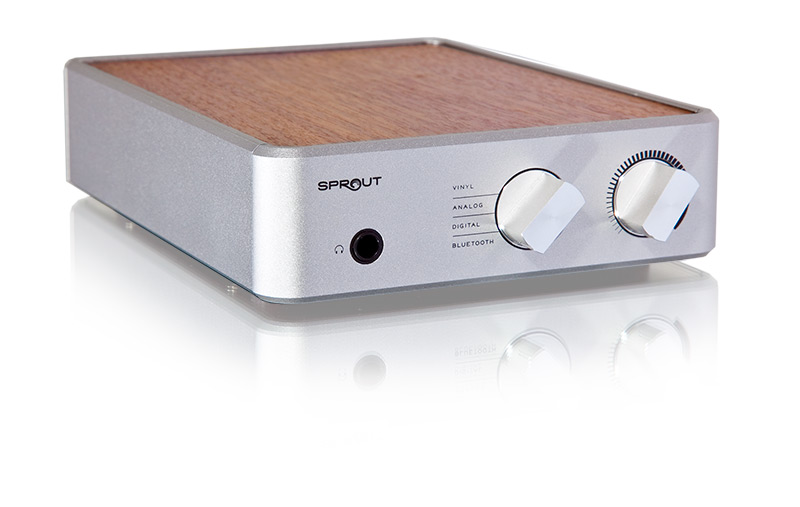 For a box-style design, Hahn suggests PS Audio's Sprout Integrated Amp, which works with turntables, Bluetooth, computers, and essentially any other musical source. Launched in a Kickstarter campaign, the Sprout amp includes a phono preamp. "PS Audio is known for their high-end components," the Turntable Lab owner tells me. "This is their first foray into consumer electronics, and I know they put similar R&D process into this."

A more standard-looking receiver or amplifier will also work, and for vinyl, again, you want one with a phono input. "I like the ones from classic stereo companies like Onkyo and Yamaha," Hahn tells me. "They're well priced, look nice, and sound great." This amp is an example, and also includes several digital and analog inputs for other devices. 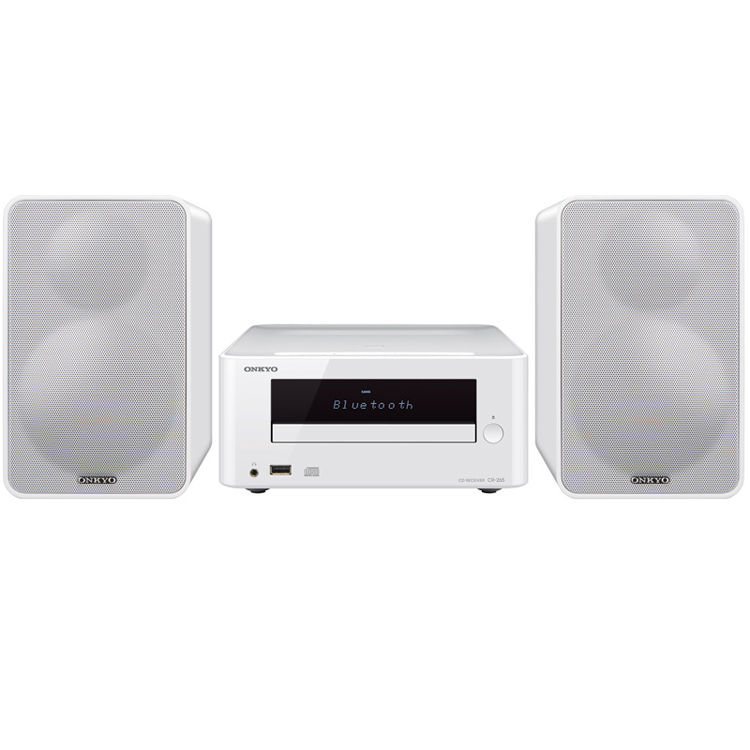 A mini stereo system usually consists of a receiver and two shelf speakers. These compact systems are less common in the age of computer audio, but they can be a relatively cheap way of listening to vinyl without the expense of buying an amplifier and speakers separately. Hahn points to the Onkyo Colibrino system, which combines an amp and speaker with Bluetooth, though if your turntable doesn't include a built-in phono preamp, you'll need to buy one. Once you have the preamp, you're good to go.
via Pitchfork