When it comes to a Mac music player, users are often confused. That's because, for some reason, most players look like iTunes but with a broader functionality and the absence of iTunes store. We need an iTunes alternative because we want to listen to audio formats not supported by it.
Today, I'm comparing to prominent audio players for Mac – VOX Music Player and Clementine according to their functionality, compatibility, format support, interface and additional features.

Clementine is an audio player and library organizer, with the interface similar to iTunes’s and many features for the playback control. Overall use is simple – to add files you just drop your files to the player. What I liked most is that you can listen to music you have in Box, Dropbox, Google Drive, and OneDrive. You can edit meta tags right (only on MP3 and OGG files) in the app and Clementine automatically finds lyrics and album covers if they are missing. 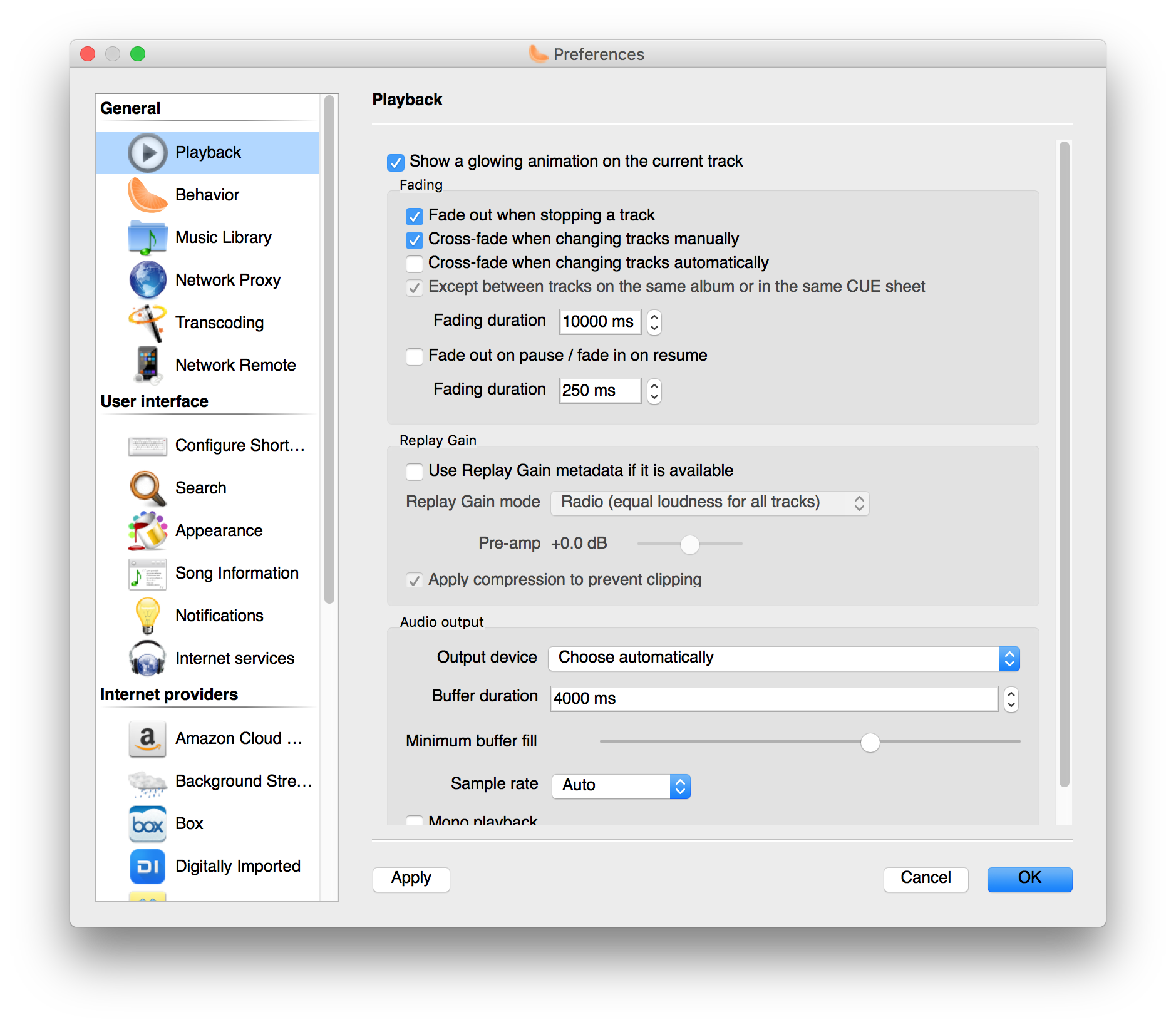 VOX is more about the playback. The app puts an accent on simplicity so that users don't get confused with how to use the app. VOX includes only five tabs: Playlist, Library, Queue, Radio, and SoundCloud. Users can log into Spotify, and SoundCloud to listen to their music library using one app. Last.fm scrobbling available to keep the listening stats and get recommendations based on played tracks on VOX. The Radio includes 30,000 stations from 140 countries.

Clementine works on macOS, Windows, and Linux. You can control the playback using an Android device or a Wii remote.
VOX Music Player
VOX Music Player has a macOS and iOS version. The functionality of desktop and mobile is pretty much the same. According to VOX developers, Windows and Android version are due in 2018.
Download VOX Music Player for MAC 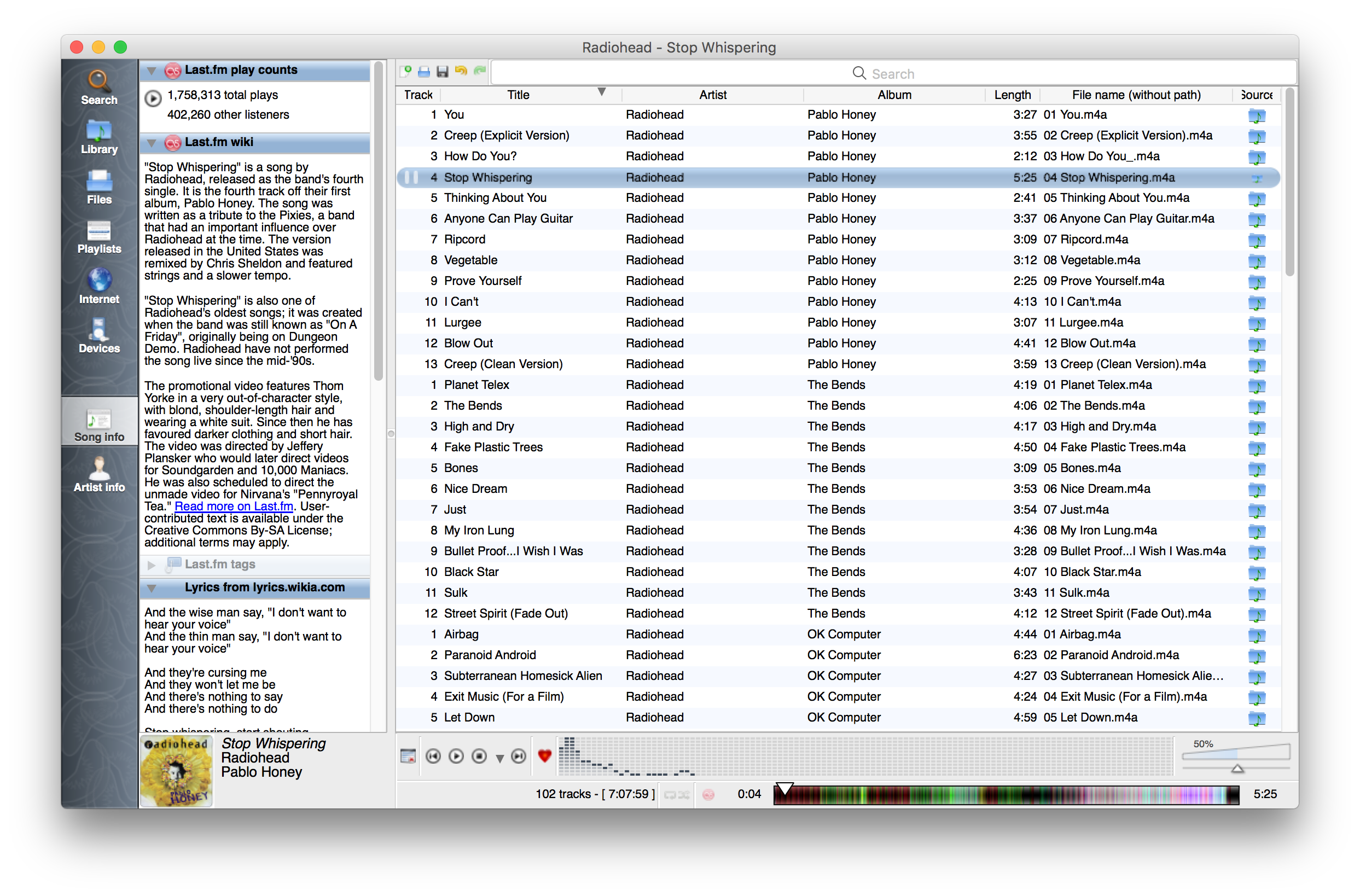 Apart from the remote control, meta tags editing and lyrics search, Clementine has: 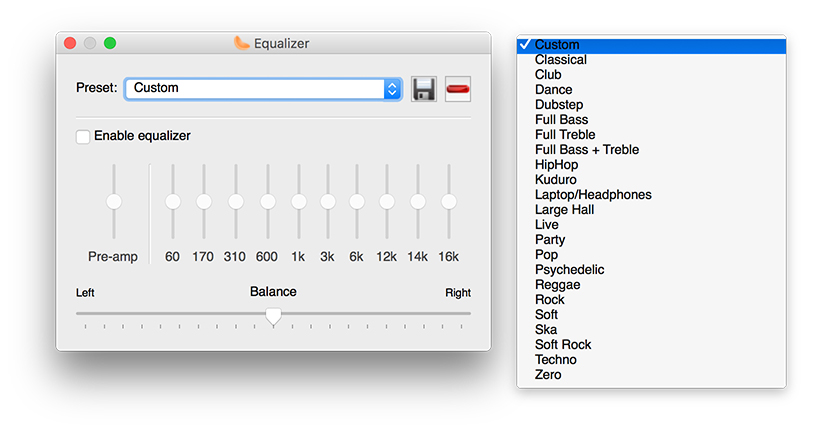 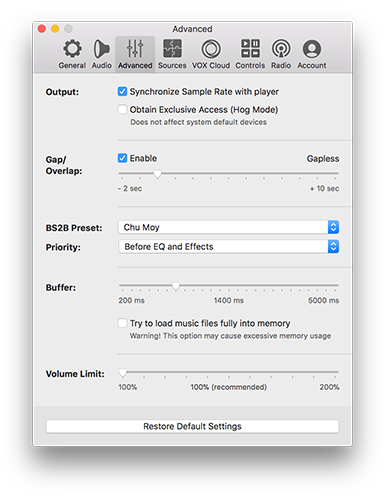 Learn more about VOX Premium with Advanced Audio Features
Now that we've learned about these players, you can try any of them and see how it goes. I prefer VOX Music Player because it's easier to navigate and use in general. I really like VOX interface as well.  Clementine would suit you if you have a vast music library and you want to integrate with various Internet services. But I'm not one of them.