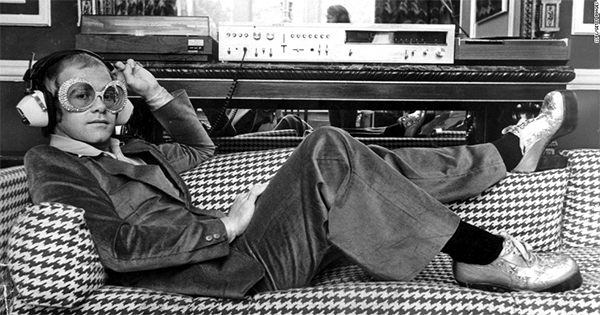 BBC Archive has uncovered a rare video for audiophiles. A 1959 short film called 'Hi-Fi-Fo-Fum' reveals the burgeoning audiophile scene, with more than a little ironic humor as a bonus.
“There is a man in Wimbledon who will go on adding to his equipment until he can hear the sigh of the conductor as the piccolo misses its entry," it goes the introduction. He sounds like our kind of man.
"Is it a religion or a disease? An American psychotherapist calls it 'audiophilia", says the voiceover, as men - and it's mostly men - shuffle in and out of hi-fi stores before rushing home for enthusiastic listening sessions.
"Do they like music? Or are they in love with equipment?", questions our narrator, as one excited punter buys a new tweeter for 6 pounds 4 pence. And while a lot has changed - we now don't see many shops with individual listening booths - a lot has stayed the same. "A dream of perfection... of machines more sensitive than the ears they play to". It reminds us that enhancers to audio frequencies that the human ear can't hear aren't new. The video also shows the early music critics. "With a dozen different recordings of every work, how do we find the best?" ponders the voiceover. "Rely on the critic; nothing escapes" – is the reply.
Listen﻿ to Hi-Fi music in VOX