Output to Sonos is not possible. There is no choice to select any Sonos output - only Airplay or iPhone. In other music Apps on my iPhone Sonos works fine…

You would need to start playback, tap on the mini player to open the Main Player view, tap on the 3 dotted button in the bottom corner to open a context menu:

Please advise if it appears as an available output on the list? Or do not appear at all?

It does not work. There are only 3 dots in the lower Right corner. When I click on them, a context menu opens. However there is no option „Output“. There are 2 buttons: One opens the EQ and the other opens the Airplay Option. There I can choose my AirPlay devices - but no Sonos outputs… I have 2 Sonos Play1. From a different App on my mobile (Tidal) it works…

Sonos Play 1 first edition does not support AirPlay, so you won’t find it on the menu. The tidal thing is different, it’s their own Tidal connect software.

Vox advertises with Sonos support and not with „Sonos support via AirPlay“. In my opinion that should work like the Tidal connector…

Yes, that is true, VOX establishes the connection not via AirPlay.

The Sonos output should appear as a separate output in the output list, unless you connect to it via AirPlay. 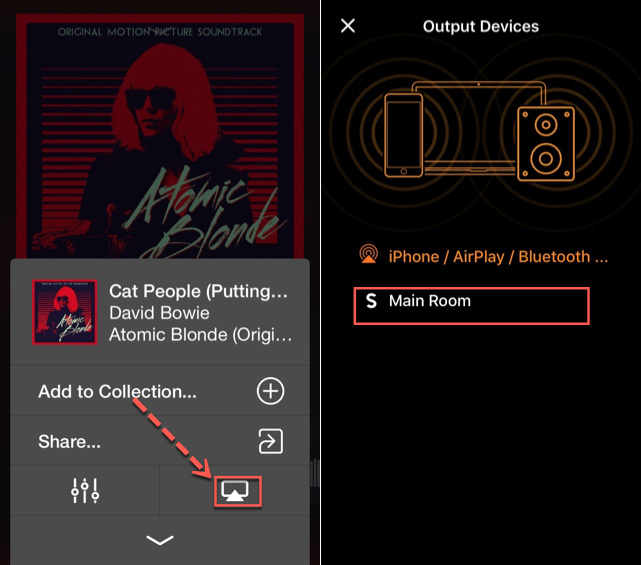 This is not working… i only See AirPlay devices.

Thanks for taking this issue up with them. I have a Sonos system too and find it outrageous that Sonos doesn’t have a dedicated VOX app given they have over 200 other apps - some of which are dedicated to the most obscure niches. Accordingly, it’s almost guaranteed that the reason such an app does not exist, is because the engineers at Vox must be the slowest moving animals on earth, as well as the ones with the least amount of creativity or imagination. If any other service could actually provide the service that VOX claims to provide but doesn’t, I’d leave. The truth is, sadly, that no other great service does provide it. Sadder still, is that VOX uses their singularity as the basis for being thoroughly unreliable regarding their chronic inability to rectify the (often) titanic fissure which exists between, on the one hand, what they promise is coming, and on the other, what actually produce. The bottom line with Vox is the following: their industry worst, so-called customer service echoes the ongoing fragility of their perpetually glitch prone technology. Ive had a lot of problems with my Sonos system as well but at least they have some first class tech people that will really help you out, if you give them a chance. Compared to the customer service available from Sonos, Vox is simply a horrible joke.
Since one can’t rely on VOX for anything, one must learn the craft of hack-arounds. My most useful current workaround is to run Vox on Sonos through my Mac Mini, after breaking up the collective Sonos Airplay signal (by removing all the rooms from the list of those to be used). Usually at least one of 5 or 6 channels will play the Vox content, and after Ive located which one, I use the party mode function to isolate it as the sole audio source for my Sonos system. Then I use the Airplay function on the Vox app to ensure its using the same channel that is used on the Sonos system. As I’m not at all technologically intuitive, it took months for me to figure out how to perform this work around. Given how long it takes the dolts at VOX to respond to questions with information that actually helps, however, it was clearly the better of two bad choices.

I will keep you posted with the latest news on that matter here!

So, it’s 2 months later and no answer to this issue?
I can access all Sonos devices from OSX (orig. Play 1s, and 3s), but only the sole Airplay capable Play One from Vox iOS. What is going on? Will we ever find out?

Is this a known issue from Vox Support Team side? Can you be a bit more forthcoming? I guess many here have actually paid for a service from you…should I get busy on Twitter?

How is it that Spotify manage to get playing to every Sonos device, but Vox not?

OK, I take it back. It, suddenly and unexpectedly, works. All the (non-Airplay) Sonos devices appeared. Bi-polar experience of frustration and joy in the space of 48 hours.

I don’t see Sonos as an option.