Hey VOX team, first of all I hope you are all safe in Ukraine.

I have tried yesterday the subscription to test out the VOX Universal player with the Vox App on my iPhone.
I’m currently using Apple Music (iTunes), the problem with it is not accepting FLAC files, and there’s no Artist separation.

The thing is, Apple Music lets you import music from exact local folders which lets you play music offline, and if you are connected it will upload it to the cloud so you can play the music on your Phone.

With the Vox Universal app when you add music, you only add it to the cloud and you have to re-download it again, and when you re-download it changes the filename to the track title which is weird, so it means now I have to keep copies of my FLAC libraries just to play offline?

This an important feature you should add because we’re not always connected to the Internet, and this should be the point of of your player, not only online playing.

This should be a feature so we can get each page for each artist by tags separation, I would pay more then $4 a month for an complete app like this, because currently there’s no other proper app that does that.

In this picture you can see I have added this track “Karate” by “R3HAB & KSHMR” artist tags were “R3HAB\\KSHMR” but only added for the first artist which is “R3HAB”. 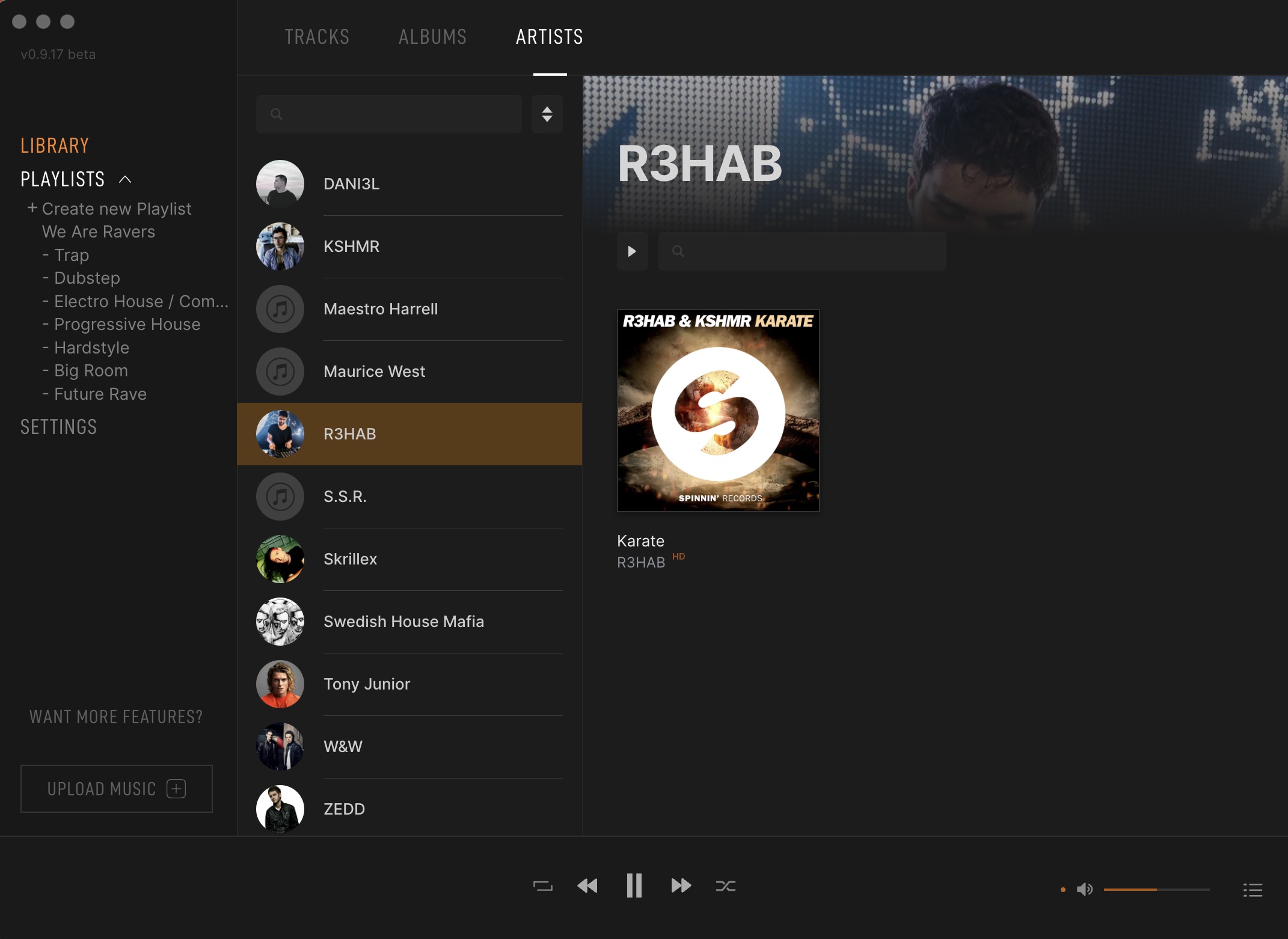 In this second picture you can see when I tried adding in the artist tags “R3HAB\KSHMR” it only did spaces between them but no a separation.

I really appreciate your work on creating VOX, its incredible and works great most of the times.
But offline playing with exact folders is really important and should be in your first order in the Todo list.
I will keep using it, but I hope you are working on these features.